Observing a Halal Slaughter in Oman 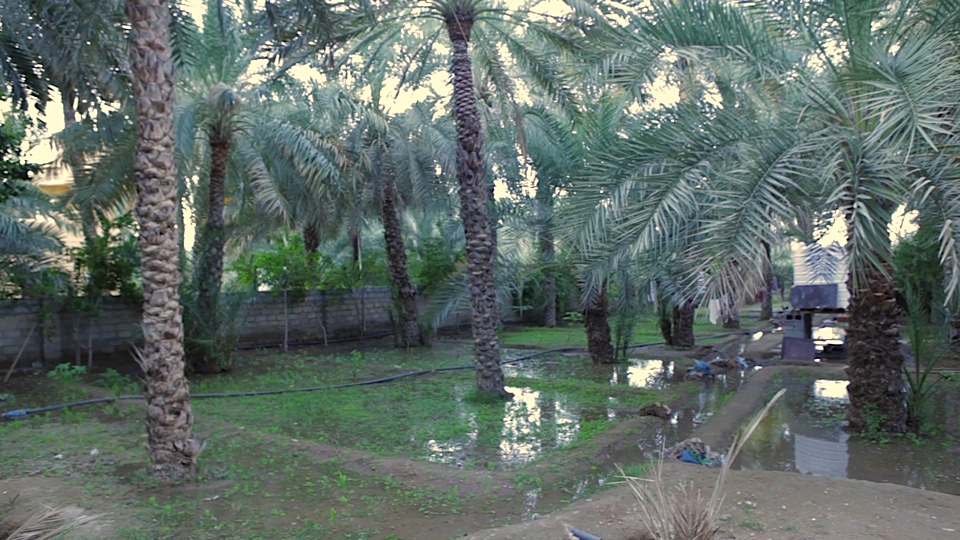 On the first day of January, 2013, I was honored to be invited to the beautiful farm of Mr. Hilal O. Al Siyabi, in Ghala, Oman. It is situated among gorgeous date trees. It is also amazingly irrigated by the hot mineral springs of adjacent mountains. The water travels through irrigation channels throughout the farm. It was truly an education to witness how this resource of water is managed in this arid country. Hilal eloquently explained how the water is dispersed and shared among the villagers. Hilal was also kind enough to let me observe the halal slaughter of a goat on his farm. Mr. Nasser Issa Al Auofy and his son, Moosa Nasser Al Auofy, were patient as they explained each step of the halal process to me. As they spoke only Arabic, and I, only English, a family friend who was fluent in both languages was happy to translate for me. I was very impressed with how gently they handled this goat and proceeded with reverence. Here Nasser is showing me where he is going to cut the neck of the goat. As is commanded in Islam, he sharpened the knife away from the eyes of the goat, and gave the goat water to drink. He put the goat on the ground in the direction of Mecca, and spoke the name of Allah. After the blood had drained out, he prayed while washing the blood from the neck. The prayer said that “we bear witness that there is no God but Allah and that Muhammad is his messenger.” After the head was removed, Nasser hung the goat up and proceeded to peel off the skin.  Moosa worked on removing the horns from the head. As most parts of the animal are eaten and it is important for all of the blood to be removed, Nasser showed me how he assured that all of the blood is removed from the lungs. He blew into them while making small cuts into them.