This past Friday and Saturday were pivotal days for me in the course of our Kickstarter Campaign. My request for funding from the vegan community resulted in a social media Blitzkrieg that is still reverberating as I write this.  First there was backlash from vegans about our Kickstarter Fundraising trailer posted on their Twitter Feeds. Here are some examples of the comments made on Twitter: Then, there was an outcry from vegans against Ruby Roth, also a vegan and the world’s leading author and illustrator of vegan and vegetarian books for children. She agreed to post news about our film Kickstarter on her Facebook Page. She said, “You’ve seen the power of film to change hearts and minds — fund Farm and Red Moon — with unprecedented access to slaughterhouses, this film takes an unflinching look at the moral quandaries between pasture and plate.

There were many replies and comments along the lines of the following: I was mistaken to think that the vegan community would be one of my strongest supporters since they so strongly advocate for animals. Apparently,  wanting to assure that animals do not suffer when they are slaughtered is not as significant to most vegans as being an abolitionist. The ideology is not to participate in animal agriculture at all. Unfortunately, the fallacy of this false dichotomy is only going to perpetuate the continuance of humane violations in the slaughterhouses.

However, it is promising to see that Chantal is willing to engage in the dialogue:

Wanting animals to have a painless death does not mean wanting them to die. Similarly, being pro-choice does not mean wanting fetuses to die. There is something intrinsically wrong with these equations. I don’t get the logic where advocating for the abolition of factory farming could be incongruent with wanting to stop abuses in slaughterhouses.

Farm and Red Moon is a nexus for all food factions  — vegan, vegetarian, and omnivore — to come together and have a conversation, with solidarity, for the welfare of farm animals in slaughterhouses.

Many vegan organizations have worked together with vegetarians and omnivores for initiatives that are taking hens out of cages, veal calves out of confinement, and pigs out of gestation crates. Even PETA and the Humane Society of the United States are on board with those actions. Is it because I am asking for people to look at animal welfare when the animal is being killed rather than when the animal is being raised? In both cases, farm animals deserve our attention in order to limit the extent of their suffering.

I say in this video clip that I believe that all animals have a right to life and the right to express their own instincts. I believe this if I am a vegan or an omnivore. They also have a right not to be subject to unnecessary suffering in any circumstance. I became a reluctant omnivore during the production of this film, and I continue with my identification as a vegan, and remain deeply conflicted. Where I stand at the end of the film remains to be seen.

Please support our crowdfunding campaign on Kickstarter with a pledge right now so that David Tamés (my co-director) and I can finish this five year journey to make a film about humane animal slaughter that is non-propagandist and philosophically sophisticated.

In this context, talk of “moral ambiguity,” “moral complexity” and the like is pure obfuscation. Humans do not need to eat meat; the vast majority of us thrive best without it. There *is no* moral dilemma. The only dilemma is practical, strategic, political: how to extricate our society from the nightmare system of factory farming and, ultimately, animal agriculture as such. Yes, being vegan in a carnivorous society is hard. We would like to believe that there is an ethical alternative, and the rhetoric of “ambiguity” feeds into that wish, undermining our resolve. Do you then seriously fault vegans for rejecting your posture and your project?

I do not disagree that we could thrive without animal products. I do not disagree that extrication of our society from animal industries would need to be practical, strategic, and political. Those who have found a way to be vegan in a carnivorous society may have resolve, but what undermines this resolve is not the “rhetoric of ambiguity” but the “rhetoric of certainty.” Ambiguity gives people a place to engage in dialogue without fear of judgment. Certainty takes that away.

Yes, there are some vegans who reject my posture and my project. But “vegans” are not a homogenous group. So I fault those that speak of “veganism” as an absolute without controversy.

I commend the vegans this week who asked for more information and who wanted to understand. These dialogues helped them to change from suspicion to encouragement. Farm and Red Moon does not make a judgment on the morality of eating animal flesh, but it does strongly suggest that it may be immoral for people to stand by and do nothing to stop consumer ignorance about “humane slaughter” and all of its discontents.

I’m vegetarian for 17 years, vegan for past 6. There’s no such thing as a “humane slaughter” How would you prefer to die (well before your time)? but hey, you taste good and its all about me me me right? My meat! not yours. You have zero choice in this matter. You can yell and scream. I don’t even understand you. MY choice. MY meat. Not yours. You are insignificant unless you can bring a dollar value. I’ll be out of the restaurant in 15 minutes with a full belly. A smile for me, LIFE of torture and mutilation for you.

So let’s say you have no soul and don’t give a fuck about the animals? Maybe you care about people? The process creates more co2 emissions leading to global warming than any other industry on earth.

Somehow we can find enough crops to feed 100 billion animals per year waiting for slaughter while 1 billion humans are starving on earth at any given time.

After we give these crops to the animals, then chop up the animals, only 30% of the animals make it back to the plates of humans. Incredibly wasteful.

2500 gallons of water = ONE LB of “meat”, 750 gallons = one QUART of milk because, hey, humans need to be drinking the secretions of animals right?

But every human, in whatever they do, justifies their reasons right? Even Jeffrey Dahmer was totally right in his mind. His choice. His fantasies. His trophies right?

Why does the documentary film Farm and Red Moon need to be made? Haven’t we already learned about the horrors of the slaughterhouse (Earthlings), the trouble with factory farming (Food, Inc.), the global warming contribution of intensive animal agriculture Read more… 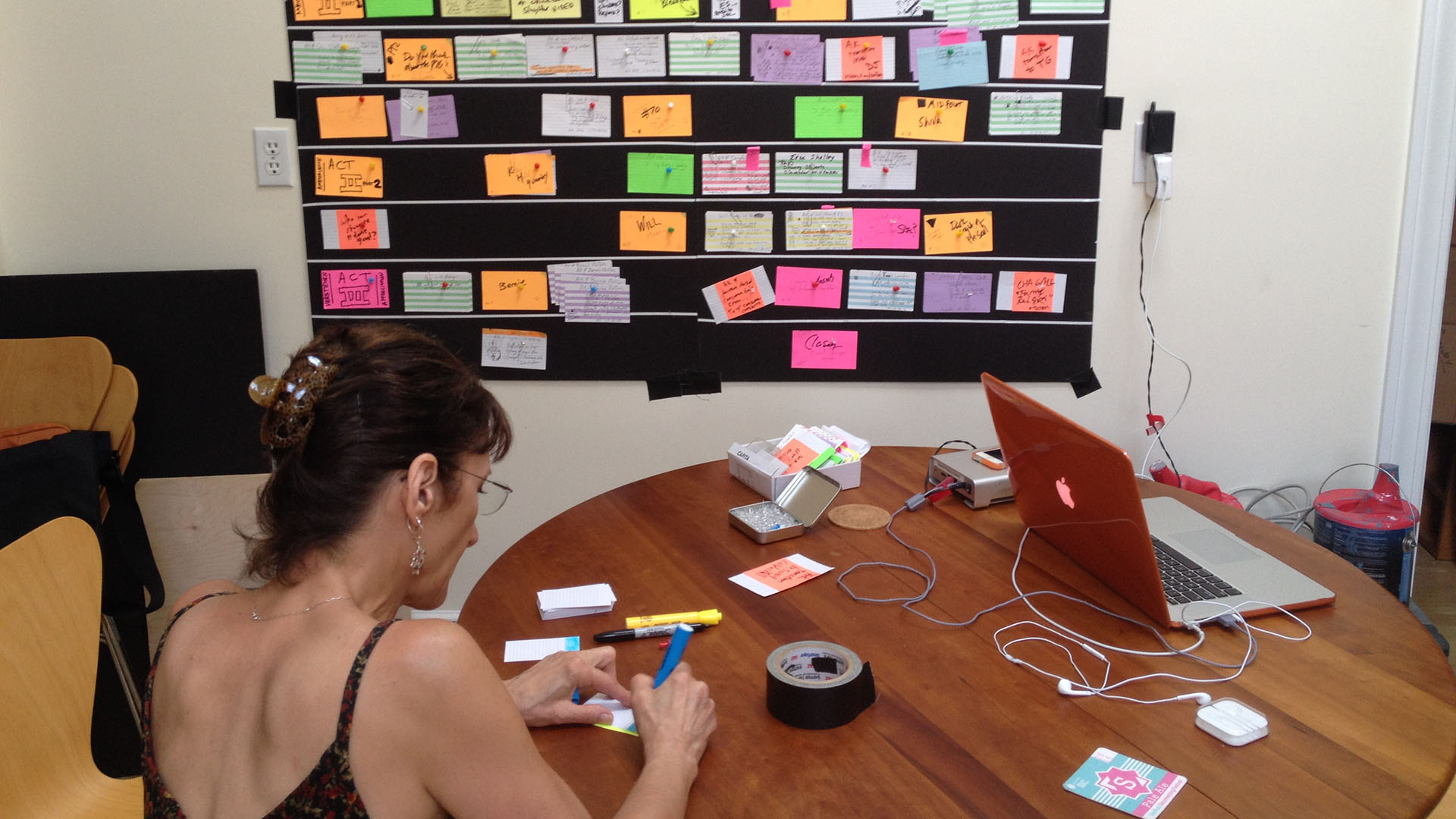 What we did on our summer vacation

This summer Audrey and I were quite busy working on Farm and Red Moon. We started by reviewing the rough assembly we put together last summer along with the pull reels (collections of “best of” footage Read more…